Peter Marshall’s photo of Kaya at the London protest against the Ankara bombings. See links below for the full photosets.

Following this weekend’s horrific double suicide bombing in Ankara during a peace demonstration which resulted in multiple deaths and injuries, several thousand Turks and Kurds resident in London marched in protest against the atrocity, the blame for which many lay directly at the feet of autocratic Turkish president Recep Tayyip Erdoğan and the deep state Turkish Security Service (MIT).

Kaya Mar joined the protesters, bringing along his 2014 painting of Erdoğan, titled “Erdoğan, the Ottoman Sun King“, which refers to the accusations of corruption levelled at Erdoğan and his family involving massive bribe-taking in exchange for construction projects, shoe boxes stuffed with millions of Turkish Lira being hidden in his son’s home, secretly taped phone conversations and the Turkish government’s banning of Twitter and YouTube to prevent public discussion of these events. 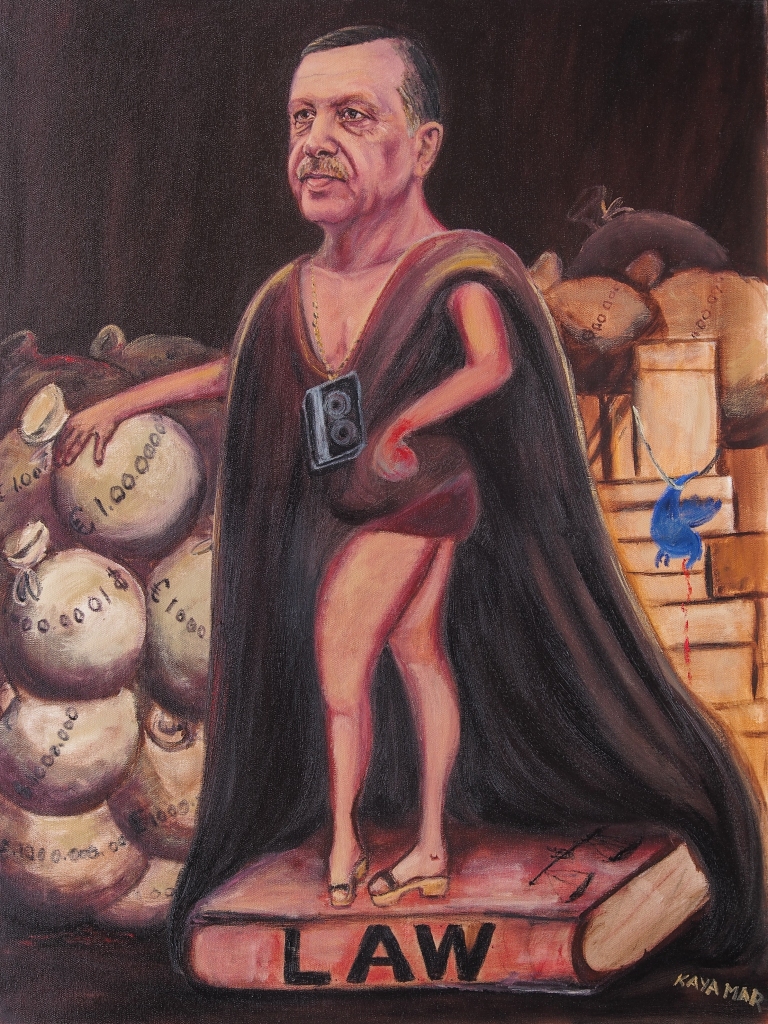 Freelance photojournalist Peter Marshall photographed Kaya as the protest reached Downing Street. You can see his Peter’s photo sets from the protest HERE and HERE, and also great photos by Luca Neve HERE.